Hi,
My project is the identification of animal species, with particular emphasis on black-backed jackal and caracal, with small portable units, similar to trail cameras, but with indentifying processing.
Maximum distance of 10 m would be nice.
I realise that Centeye concentrates on optical flow.
The biggest resolution Centeye sensors appear to be the Firefly 480x256.
Would the Firefly chip be available…

I am looking for a low cost module to detect fill levels in silos. Red lasers seems to be the best/cheapest solution. (You can buy red laser distance meters at 50 - 100,-USD).

I need a good module for this ... anybody knows where to get it?

Hi guys, I am new in this forum. Does anybody have any IT related project that one could do for University

final year project? I am thinking of automated registry system that will take in photo image directly from the

not know where to start and what I…

Experiments with using an Omron sensor to add to existing project to increase functionality.

Look at the 4x4 grids and see how eye left/right, up/down, closed/open changes the thermal value in track able amounts.

Next we will try and integrate data output with stonyman data… I finally got a good LED strip to place behind the cameras, 300ma at 3.5volts. Makes a lot of difference in the calibration.

I am just playing with simple-solutions to 3D right now. It really is intriguing trying to figure out a non-moving picture way of getting 3D distances. It is really easy with a single item like a pencil on a plain background. But that's cheating. My attempt at subracting the left and right eye, then showing only the pixels with the same +/-3 of 16 brightness…

EYE results, 32 levels reduced to 16 levels for the LCD screen. 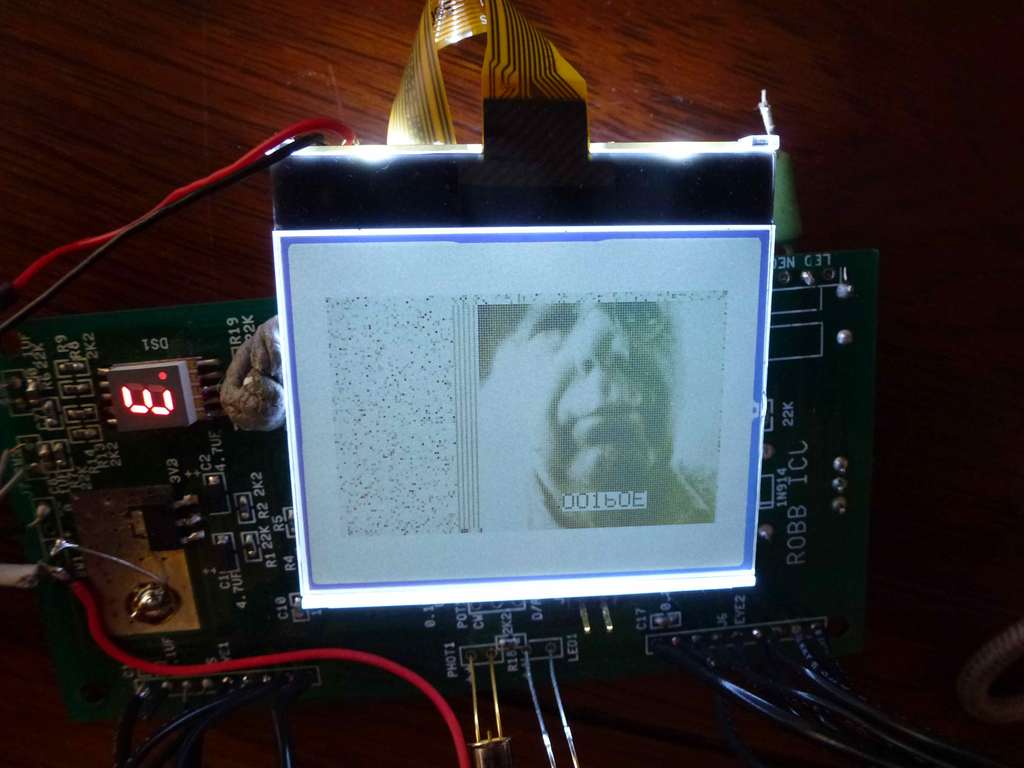 SO>>> the LCD screen is 160x128, so some of it is not used. Movie updates are about 8 per second.. only EYE number 1 is shown. The text is my diagnostic readout.

We have updated the Stonyman data sheet to include software exemples (in Pseudocode). Version 1.0 is here: Stonyman_Hawksbill_ChipInstructions_Rev10_20130312.pdf We have a small batch of ArduEye Aphids that are now available for serious beta users. An Aphid is essentially a clone of an Arduino Pro Mini but with a Stonyman vision chip and an external 12-bit 100ksps ADC added. For more details and for ordering, please visit the ArduEye Aphid product page… 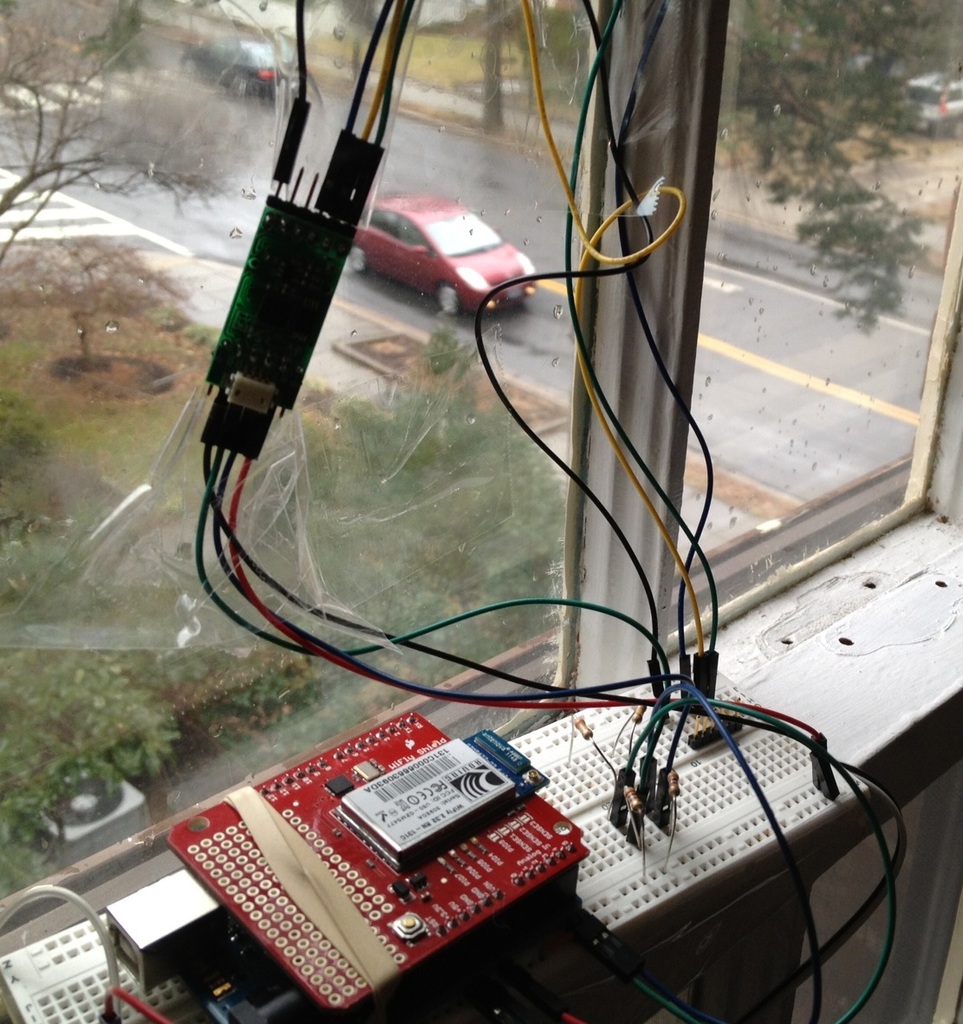 Eager to make a little foray into the "Internet of Things", I decided to experiment with the use of an ArduEye as an "Eye for the IoT". My house is on a fairly busy street, of which I have a good vantage point from my attic home office. A car traffic counter seemed like a good choice for a first project.

I programmed an ArduEye Aphid to detect cars using a very…

Due to my need to develop some form of eyegaze mouse we have been (wife & I) using ardueye as an embedded first stage.  Here is where we have got so far.

2) Established that the eye will track left and right and display in some form that we can use.

3) Worked out the drift in the system focusing on the eyeball (similar to a gyro drift).

We have success in the above three.…

This is the type of news that makes everything we do worthwhile! This past January, I was contacted by Alex Sayer, Alan Kwok, and Benny Chick, students at the British Columbia Institute of Technology (BCIT) in Vancouver, who wanted to use some of our Tam2 chips for a class project in which they would provide a human-computer interface (HCI) for people suffering from ALS (Lou Gehrig's disease) and could not operate a computer using their hands. Their idea: Use a low resolution image sensor,…

What can you do with an ArduEye?

We've had a lot of inquiries about our ArduEye system, plus we've just prototyped a smaller, completely self-contained ArduEye (more on this in another post). So I figure it makes sense to discuss what is actually possible with one of these devices. True, the ATmega328 processing engine of an Arduino is limited compared to more advanced DSP, but the reality is that for many applications you really don't need a whole lot of pixels. If you can get by with specs of the '328 (16MHz as an…

I recently stumbled upon this community and my current project is a perfect match. I am working on a low cost vision module, in the opposite end of the spectrum from CentEye. 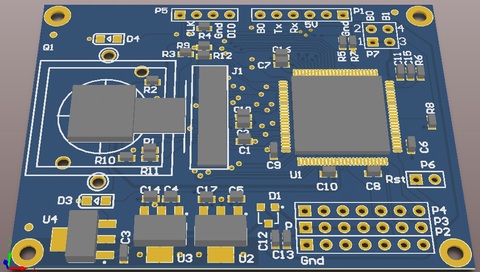 Currently there are not many good options if you want a low cost vision module. CMUCam4 looks promising but as of now has limited availability and is…

I was pleased to see a cool laser rangefinding project on Kickstarter- I hope this project gets fully funded (and I'm a backer). I've actually been experimenting myself with structured light and laser rangefinding using our ArduEye hardware and thought I'd share it… The ArduEye prototype (left) and the finished sensor (right)

In a previous post, I demonstrated that the ArduEye platform could be used to prototype a… 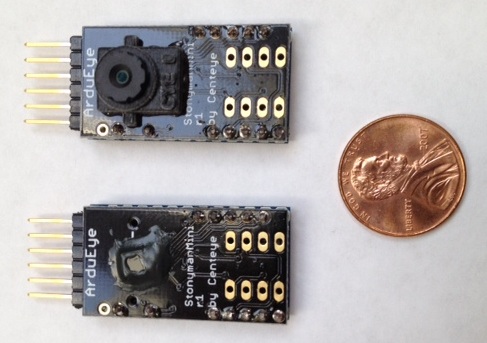 In a recent post we showed off a new ArduEye system using a Stonyman vision chip. A batch of 200 Stonyman breakout boards is (still) being fabricated. But in the mean time we decided to have some fun and prototype an ArduEye using an Arduino Pro Mini as…

As a participant in the Harvard University Robobees Project, our primary task at Centeye is to develop a vision sensor system that will fit into a small flying robot about 2cm in size. The target weight budget for the vision system is 25 milligrams. While we still have a ways to go before achieving this, we…

Awhile ago we (Centeye) started ArduEye, a project to implement an open source programmable vision sensorbuilt around the Arduino platform. The first ArduEye version used a simple Tam image sensor chip and a plastic lens attached directly to the chip. After much…

I've been experimenting with using an Arduino-powered vision system to detect and locate point light sources in an environment. The hardware setup is an Arduino Duemilanove, a Centeye…